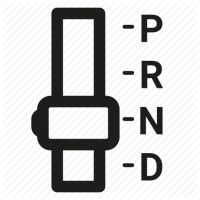 The city of Lviv has a unique history and is famous for the diversity of unique monuments. People from different parts of the country and from all over the world are trying to get here.

Moving around the city on public transport causes discomfort, and also takes a lot of time. For the comfort and economy of your time it is worth taking a car for rent. LeoCar Company offers you car rental in Lviv on favorable terms.

You will find a wide variety of cars in our autopark, but Seat Ateca is one of most popular.

Seat Ateca is named after the same name of a spanish province of Zaragoza. The presentation of the model took place in February 2016, it is the first crossover by company Seat.

The trunk’s volume of the Seat Ateca is 510 liters on front-wheel drive versions and 485 liters on all-wheel drive. The key elements of the front panel are similar to the Leon model, but the design of the door cards in the crossover is different. The differences are expressed in more massive pens and another arrangement of buttons and switches.

Seat Ateca car rental is your reliable choice! Exactly this car will make your trip to Lviv as comfortable and fast as possible.

Sorry, this entry is only available in Ukrainian.